If I just think about the word without thinking about what this word stands for these days, the only thing that comes to mind is a man that is all about sales.  I guess that is what it is in a way.

I wonder how much of this job, if I can call it that way, has been morphing into something else in light of perhaps justifying any tactics weather ethical or not that can be employed in order to make a sale.

So, the more sales, the more money.  As if money is the answer to happiness.

In as much as the last sentence may sound negative.  To me, it is the plain and simple truth.  Really, why would anybody tell you “oh I like your boots” right in the moment when you are trying to make a decision to buy a car?  Just because gaining trust in an instant from someone does not justify that you can say nice things thinking that they I won’t notice the real intention to be nice.

Oh but once everything is signed, you have paid the money, guess what is happening in the mind of the salesman?  It is more likely: “ok, next?”.

The most shocking thing about this, just as with a few others in life these days, is that certain ways of being that are not necessarily honorable and honest, become normal.  It becomes just part of how things are done.  It becomes things that you would normally expect.  Because everyone does it.

What I mean by this is that, in the end, that one person who has become part of the system of the salesman group of people, is just doing his/her job.  And it just happens that that is the way they make a living, that is a way how they can support their family.

And this realization may be very interesting to experiment with when you go through a process in which you need to buy something and at the end of the process and when everything is set and done, you realize you have been tricked.  Perhaps not by person who has no heart and is only after the money, but by someone who is, just, doing his/her job.

If you are reading this and you are a salesman, don’t take it personal.  Just think about your last experience you bought something and later you realized that all the person cared was to make a sale.

I think it is time that you make a slight change to this word.  We need to remove the word sales and change for value.  Which then results in: valueman, someone who’s goal is to figure out how you can get the most value out of a product or service.

Unfortunately, right now, I can’t think of anything positive about the word salesman other than the ultimate goal which is: make that sale, no matter what you have to do!

Be the person you want others to be. 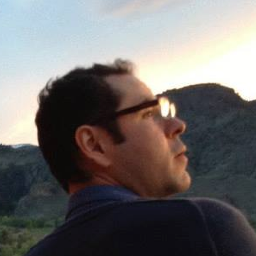 Living a meaningful life is what drives me, motivates me and inspires me to continuously craft the life I want as I focus on providing value to the people around me and to the world.